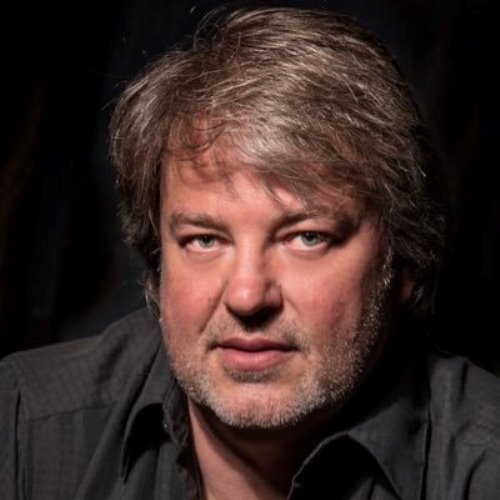 Mars Lasar Born in Germany and raised in Australia, Mars Lasar is a prolific keyboardist and composer. Predominantly electronic, his music also contains elements of jazz, pop, world, new age and rock. Mars started playing piano at 11 years old, and over a few years of extensive classical and jazz training, he rapidly became drawn to all kinds of music. At 14, Mars began composing, recording and publishing his own music professionally.

To date (2017) Mars has successfully released over 26 solo albums and has a full arsenal of production credits to match. Currently Mars’ music can be heard on NBC’s Conviction, The Medium, Extreme Makeover, the Bachelor, Disney, Law And Order SVU, America’s Got Talent, and Fox’s Emmy Awarding winning show «24». Mars’ first solo album Olympus was frequently used by CBS during their broadcast of the Winter Olympic Games from Albertville France 1992, and the record reached Top Ten in the Progressive Adult Contemporary radio charts. His second solo album The Eleventh Hour represented an adventurous future path for Lasar; pushing the boundaries of what is considered New Age into areas of avant-garde, dance, acid jazz, industrial, and world beat. The Eleventh Hour is still considered cutting-edge in composition, style and production, this record reached American Billboard’s Top 10 NAC. The fourth CD, Olympic National Park, showcases yet another dimension of Mars’ talent. Celebrating America’s National Parks, Mars fuses the sounds of nature with his composition, producing an uplifting and provoking musical journey. Escape & Sapphire Dreams quickly followed. His 8th release in 2001 Karma hit #4 NAV (New Age Voice) Top 100. His music is frequently heard on television and in films, including «Jason’s Lyric» and the «6th Man». Songs from Mars’ solo albums have also been heard on television shows including Baywatch, Young & The Restless, General Hospital and Hard Copy to name but a few. His song writing and production talents span a multitude of genres including New Age, Pop, Rock, Metal, Jazz, Classical and Electronica. See his solo album catalog

Mars has been featured in such publications as the LA Times, Spin, The Chicago Sun Times and Billboard Magazine. Mars has appeared on The Discovery Channel’s Movie Magic for his technical wizardry, and received numerous awards, including two platinum records. The first for his work on Crazy, the hit record by England’s recording artist Seal, and his second for, «Love Is Still Enough», a song Mars wrote and produced with America’s Sovory. Love Is Still Enough was featured on the soundtrack from the movie Jason’s Lyric. Mars has worked with such Artists as T.a.t.u, Divinyls, Jon Stevens (INXS), Rick Dufay (Aerosmith), Steve Balsamo, Erin Williams, Xavier, and Siedah Garrett (best known for her collaborations with Michael Jackson and The Brand New Heavies). He has also produced Herbie Hancock, John Sykes (White Snake), French Diva Liane Foly and Sovory. In 2002 hit Russian band T.a.t.u hired Mars to write and produce songs for their project. As a result of their collaboration, one of the tracks was entered into the 2003 Eurovision Song Contest earning third place amongst the 26 countries entered.
Mars’ production BigBox was licensed to Apple Macintosh for their promotion of the IBook Computer. This album has received much attention, with multiple tracks reaching #1 on MP3.com’s Industrial Electronica charts. BigBox was recently joined by Vertical Velocity, an equally cutting-edge yet slightly more melodic album. Also, in this style are Organized Chaos 1 & 2.

Mars’ follow up to The Eleventh Hour. Aptly titled 11:02 was eagerly embraced by fans both new and old. 2000 saw the release of Mars’ 7th CD eclectic groove release, When Worlds Collide. Then followed by  Karma, Mars’ 8th release, takes you into the genre of ‘world music’. Karma is an embracing and energetic album that takes you places you haven’t been before.

In November 2005 Mars releases his album «11.22 Arrival». One more gem in the Eleventh Hour series, soaring into undiscovered musical galaxies. Captures the essence of an ecclectic variety of styles but with the distinct flavor of Mars’ plight for hope and renewal within modern existence. An adventurous collection of songs that bravely explore brand new sonic dimensions.

In December 2005 mars released his Baby Escapes series. This 8 CD set is comprised of music composed specifically for infants and children to age 7. Carefully calibrated to work with a child’s natural rhythm, Baby Escapes is a gentle lullaby that seamlessly repeats. A perfect soundtrack to help your child sleep. This concept was created in 1985 on the Fairlight Music Computer when Mars’ daughter was born. Also created during this period in 1985 was the ever popular MindScapes Meditation Series, 30 years and still purchased today with meditation enthusiasts around the globe.

Also in 2001 upon popular request Mars released his first Christmas album titled Christmas from Mars. This collection of classic Christmas songs fused with Mars’ production and songwriting genius is something for your Christmas cd collection.

In late 2003 Mars completed his newest set of albums 11.04-Panorama the fourth in the Eleventh Hour series, Final Frontier the first in the motivational series, Nocturnal Diaries another eclectic tribute to nature & Collaborations, a sound diary of Mars’ collaborations with friends over the years. Not only does Mars create the music but he also creates the artwork for each album. In most cases each album image is from his fine art collection.

Mars’ 2006 release Yosemite Valley of the Giants, hit the top 10 position on the NAR top 100 chart. This transcendent musical adventure is a multi-sensory journey through one of the world ‘s most magical creations of nature, Yosemite Valley. You will smell the pungent wildflowers, feel the glacial winds on your face, hear the roar of the skyscraping waterfalls and experience deep inner peace and mystic contemplation inspired by the spirit of mother nature ‘s most awesome masterpiece, Yosemite. Wash in a symphony of multicultural rhythms, melodies and organic sounds that will sooth and inspire you to the core. Truly a living, breathing musical experience for your soul, from the home of the Valley of the Giants via the extraordinary Mars Lasar. Tahoe Spirit was released in 2009 to accompany Yosemite. This is an adventure into the Tahoe Nevada region with a Native American Indian flare.

In 2013 Mars releases a sequel to Karma  named AfterWorld. This is an eclectic fusion of world instrumentation and dramatic styles. Be sure to check it out AfterWorld. If you’re a Karma fan, you’re going to like this one.

In 2017 Mars releases his 26th solo album Utopia. This album uses combinations of textural synthesis with vocals to create an eclectic electronic hybrid. A nice addition for your chilled electronic collection.

Be sure to check out Mars’ fine art photography catalog at www.picsfrommars.com. His fine art modern landscapes and vistas are prominently displayed in galleries, businesses and homes around the country. You can see his most recent fine art pieces at his Recently Added gallery.

2006 Yosemite Valley of the Giants