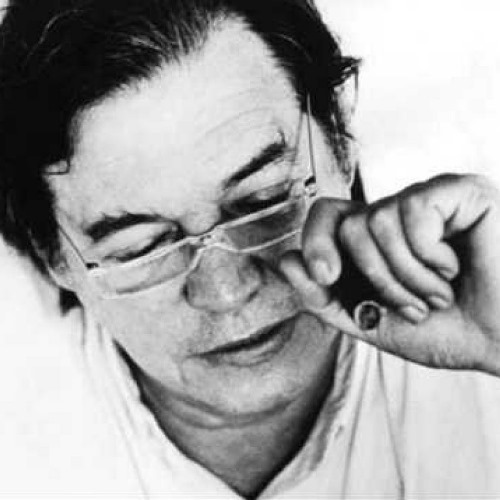 Antônio Carlos Brasileiro de Almeida Jobim (January 25, 1927 – December 8, 1994), also known as Tom Jobim (Portuguese pronunciation: [ˈtõ ʒoˈbĩ]), was a Brazilian composer, pianist, songwriter, arranger and singer. He was a primary force behind the creation of the bossa nova style, and his songs have been performed by many singers and instrumentalists within Brazil and internationally.

In 1965 his album Getz/Gilberto was the first jazz album to win the Grammy Award for Best Album of the Year. It also won for Best Jazz Instrumental Album – Individual or Group and for Best Engineered Album, Non-Classical. The album’s single «Garota de Ipanema» («The Girl from Ipanema»), one of the most recorded songs of all time, won the Record of the Year. Jobim has left a large number of songs that are now included in jazz and pop standard repertoires. The song «Garota de Ipanema» has been recorded over 240 times by other artists. His 1967 album with Frank Sinatra, Francis Albert Sinatra & Antônio Carlos Jobim was nominated for Album of the Year in 1968.

Antônio Carlos Jobim was born in the middle-class district of Tijuca in Rio de Janeiro. His father, Jorge de Oliveira Jobim (São Gabriel, Rio Grande do Sul, April 23, 1889 – July 19, 1935), was a writer, diplomat, professor and journalist. He came from a prominent family, being the great-grand nephew of José Martins da Cruz Jobim, senator, privy councillor and physician of Emperor Dom Pedro II. While studying medicine in Europe, José Martins added Jobim to his last name, paying homage to the village where his family came from in Portugal, the parish of Santa Cruz de Jovim, Porto.

When Antônio was still an infant, his parents separated and his mother, Nilza Brasileiro de Almeida (c. 1910 – November 17, 1989), moved with her children (Antônio Carlos and his sister Helena Isaura, born February 23, 1931) to Ipanema, the beachside neighborhood the composer would later celebrate in his songs. In 1935, when the elder Jobim died, Nilza married Celso da Frota Pessoa (died February 2, 1979), who would encourage his stepson’s career. He was the one who gave Jobim his first piano. As a young man of limited means, Jobim earned his living by playing in nightclubs and bars and later as an arranger for a recording label, before starting to achieve success as a composer.

Jobim’s musical roots were planted firmly in the work of Pixinguinha, the legendary musician and composer who began modern Brazilian music in the 1930s. Among his teachers were Lúcia Branco and, from 1941 on, Hans-Joachim Koellreutter. Jobim was also influenced by the French composers Claude Debussy and Maurice Ravel, by the Brazilian composers Heitor Villa-Lobos and Ary Barroso, and by jazz. Among many themes, his lyrics talked about love, self-discovery, betrayal, joy and especially about the birds and natural wonders of Brazil, like the «Mata Atlântica» forest, characters of Brazilian folklore and his home city of Rio de Janeiro.

Jobim became prominent in Brazil when he teamed up with poet and diplomat Vinicius de Moraes to write the music for the play Orfeu da Conceição (1956). The most popular song from the show was «Se Todos Fossem Iguais A Você» («If Everyone Were Like You»). Later, when the play was turned into a film, producer Sacha Gordine did not want to use any of the existing music from the play. Gordine asked de Moraes and Jobim for a new score for the film Orfeu Negro, or Black Orpheus (1959). Moraes was at the time away in Montevideo, Uruguay, working for the Itamaraty (the Brazilian Ministry of Foreign Affairs) and so he and Jobim were only able to write three songs, primarily over the telephone («A Felicidade», «Frevo» and «O Nosso Amor»). This collaboration proved successful, and de Moraes went on to pen the lyrics to some of Jobim’s most popular songs.

Jobim was married to Thereza Otero Hermanny on October 15, 1949 and had two children with her: Paulo Jobim (born 1950), an architect and musician, married and father of Daniel Jobim (born 1973) and Dora Jobim (born 1976); and Elizabeth «Beth» Jobim (born 1957), a painter. Jobim and Thereza divorced in 1978. On April 30, 1986 he married 29-year-old photographer Ana Beatriz Lontra, with whom he had two more children: João Francisco Jobim (1979–1998) and Maria Luiza Helena Jobim (born 1987). Daniel, Paulo’s son, followed his grandfather to become a pianist and composer.

In early 1994, after finishing his album Antonio Brasileiro, Jobim complained to his doctor, Roberto Hugo Costa Lima, of urinary problems. A bladder tumor was detected, but Jobim postponed the recommended immediate surgery for several months, while he tried spiritual treatment with a Brazilian medium and started working on his album Tom Jobim. After receiving a message allegedly coming from Frederick von Stein, a dead German doctor, who recommended not having the surgery, Jobim decided to stop listening to the spiritual guidance and have the surgery instead. His operation took place at Mount Sinai Hospital, in New York City, on December 2, 1994. On December 8, while recovering from surgery, he had a cardiac arrest caused by a pulmonary embolism and two hours later another cardiac arrest, from which he died. He was survived by his children and grandchildren. His last album, Antonio Brasileiro, was released posthumously three days after his death.[7]

Jobim is widely regarded as one of the most important songwriters of the 20th century. Many of Jobim’s songs are jazz standards.

Jobim was an innovator in the use of sophisticated harmonic structures in popular song. Some of his melodic twists, like the melody insisting on the major seventh of the chord, became common use in jazz after him.

He won a Lifetime Achievement Award at the 54th Grammy Awards in 2012. As a posthumous homage, on January 5, 1999, the Municipality of Rio de Janeiro changed the name of Rio’s Galeão International Airport, located on Governador Island, to bear the composer’s name. Galeão Airport is explicitly mentioned in his composition «Samba do Avião». In 2014, Jobim was posthumously inducted to the Latin Songwriters Hall of Fame. In 2015, Billboard named Jobim as one of The 30 Most Influential Latin Artists of All Time.

English singer/songwriter George Michael has frequently acknowledged Jobim’s influence. His 1996 album, «Older» was dedicated to Jobim and Michael recorded «Desafinado» with Astrud Gilberto, the vocalist of Jobim’s «The Girl from Ipanema».

The official mascot of the 2016 Summer Paralympics in Rio de Janeiro, Tom, was named after him.