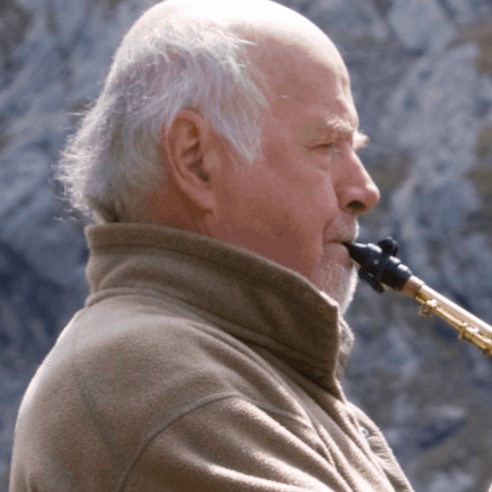 Paul Winter (born August 31, 1939) is an American saxophonist who founded the Paul Winter Consort. He has recorded more than 40 albums and won seven Grammy Awards. He has toured and recorded in 52 countries and six continents. He often records while traveling in wilderness areas, including on rafts, mules, dog sleds, horses, kayaks, sailboats, steamers, tug-boats, and Land Rovers. He performs benefit concerts for environmental and world peace organizations.

Paul Winter attended Altoona Area High School and graduated in 1957. In 1961, while he was in college at Northwestern University, the band that he founded, the Paul Winter Sextet won the Intercollegiate Jazz Festival and was signed by Columbia Records. The next year, the band toured Latin America as cultural ambassadors for the United States State Department, playing 160 concerts in 23 countries. The Sextet was also the first jazz band to perform at the White House. Winter returned to Brazil in the mid-1960s and his interest in Brazilian music and the emerging bossa nova led to the 1965 release of the album Rio, with liner notes by Vinicius de Moraes.

In 1975, Winter sailed aboard the Greenpeace V anti-whaling expedition for three days of playing saxophone to wild gray whales off the coast of Vancouver Island (Tofino). He was accompanied in this effort by Melville Gregory and Will Jackson, musicians attempting to «communicate» with the whales using various instruments and a Serge synthesizer. Photos of Winter and the whales [by Rex Weyler] appeared on wire services and in media around the world, helping the ultimate success of the mission against Soviet whalers. [AP Wire Service, 1975; «Warriors of the Rainbow», Robt. Hunter 1978; «Greenpeace», Rex Weyler, 2003; «Once Upon A Greenpeace», Will Jackson, 2012]

After Winter’s band changed its name to the Paul Winter Consort in the late 1960s, it contributed to the development of world music and space music. The Consort’s 1972 release, Icarus, was produced by George Martin. Most of the musicians who worked on this album went on to form the jazz group Oregon. The Consort has continued over the years with different musicians.

Winter received a Global 500 Award from the United Nations, the Joseph Wood Krutch Medal from the United States Humane Society, the Peace Abbey’s Courage of Conscience Award, the Spirit of the City Award presented at New York’s Cathedral of St John the Divine, and an honorary Doctorate of Music from the University of Hartford.